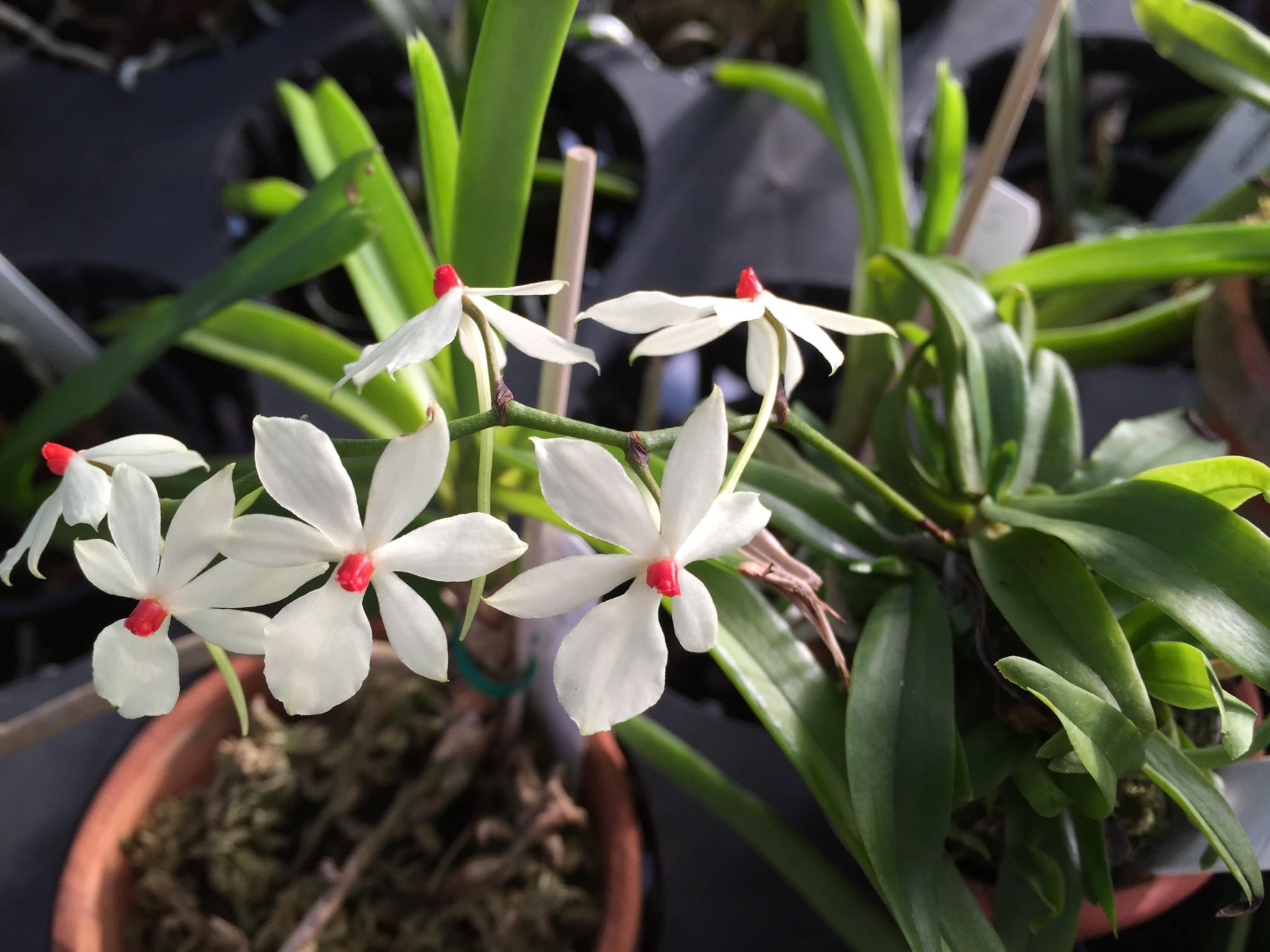 I am sorry to see that summer is drawing to an end.  While I should be glad the kids are back in school, it makes me sad.  The days are getting shorter, too, which means that before we know it Christmas will be here.  And then the new year and then next summer.  So let’s just talk about good things!

The summer was filled with home time, and that has been great for me, the family, and the orchids.  I have watched lots of orchids blooming through the summer and still have many that are blooming and in spike right now.   As usual, I’m going to try to get more of it on the website and on Facebook.  Make sure you “like” NWO on Facebook if you haven’t already.

In general, the summer has been hot and dry in Michigan which has meant a lot of watering, but I haven’t seen too many plants suffer for it, even the cooler growers.  Don’t forget to fertilize during this period of rapid growth.  If your plants are outside in the heat, take advantage of evaporative cooling by misting them in the afternoon to keep their leaves cooler.  In the greenhouse, I can bring down the temperature by five degrees simply by spraying the floor and tables, and the added humidity is a plus.

The Neos bloomed like mad this summer!  It was spectacular!  I took the opportunity to do some pollinating, and I hope to get some seeds and maybe some interesting babies in a couple years.  Only time will tell.  I know that some of you are desperate for me to get new plants—me too!—but in the meantime, there are still LOTS of Neos to be had in my collection.  Click here for a list of Neo varieties that are still available in good numbers (there are others still available, too).  I am hoping that I will be able to announce some new fukiran before the end of the year.

If you have been waiting to hear what the European shipping situation is, please click here for an update.

While Neos are cold tolerant, they are not cool growers; they do great under really high temperatures like they would experience during the Asian summers as long as they have sufficient water.  Similarly, Dendrobium moniliforme (Choseiran) are both hot and cold tolerant.  Recently, though, I have been expanding my South American orchid offerings, and that has brought me face to face with some really interesting cool-growing species.  I should note that you could grow a thousand different species without having to deal with cool growers, but then you would miss out on species like Sophronitis coccinea, many Masdevallias, and most Draculas.  What a pity!

My choices for growing seem to be hot and hotter.  If you can grow in your house and you have air conditioning, you should be all set.  I have the great outdoors and the greenhouse.  One of the Ecuagenera guys told me that SHADE was more important than TEMPERATURE when growing Draculas.  I have been following his advice with both the Draculas and other cool growers (even keeping Sophronitis in lower light than other Catts) with excellent results.

Another tip comes from Larry Mays, the maker of Kool Logs.  He came up with the idea of these ceramic logs (the bottom is closed to hold water) because he loves cool growers and he lives in Georgia.  Again, evaporative cooling is your friend, and when you grow the plant on clay that is wet, the roots stay cool, and the plant is happy.  Playing off this idea, I have mounted some plants on broken clay pot shards, unfinished clay tile, and rocks.  Happy results!  And it looks cool.  For this reason, I would suggest planting your cool growing plants in clay pots.  Sophronitis certainly appreciate clay pots and mounts.  Sam Tsui of Orchids Limited insists that Sophs grow best mounted—it’s hard to dispute if you have seen his plants.  With that in mind, I mounted some of my Soph seedlings on clay, and they survived the summer in the greenhouse which was in the high 90’s for at least a couple weeks straight.  (Leaving them there was an oversight, believe me, but provided interesting data!)  Similarly, the seedlings that I potted in clay seem to be performing better than those in plastic.

I hope that this encourages you to try some cooler growers, like a Porroglossum, Lepanthes, or Dracula.  You will find a whole new world of orchids has opened up to you. 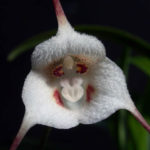 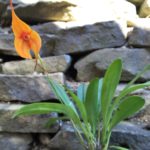 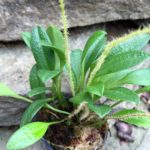 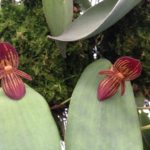 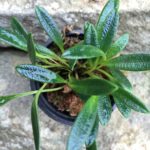 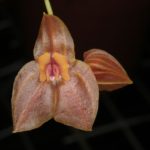