Dr. Glenn C. Lehr passed away Monday, April 2, after a long struggle with a chronic illness.  He will be remembered always for his buoyant spirit, his limitless generosity, and his sense of adventure.  He was an Air Force navigator, a pioneering dentist, and an orchid entrepreneur, but that says nothing of the man behind the labels.

As a navigator, he was known for his many unscheduled stopovers in the Caribbean Islands to “avoid weather.”  His love of tropical places would take Glenn and his family to Central and South America countless times.  That also inspired him to hire an instructor to teach the whole family to scuba dive.  The place of instruction was the pool in their backyard.  Also in the backyard was a landing strip for a small plane that Glenn learned to fly (this is in Manchester, MI, mind you) and a three-hole golf course.  To complete the picture, there is an outdoor Swedish sauna located poolside.  Who would need the islands?

Glenn made the money for this Michigan paradise as a wildly successful dentist.  He had a string of dentist offices inside Meijer stores—a novel innovation.  He did crazy things like scheduling Saturday appointments and buying the newest dental equipment.  It worked out so well that eventually he was bought out by a larger company which left him free to try something entirely different:  orchids.

Growing orchids was a great way to combine Glenn’s two passions:  travel and meeting people.  A book would hardly be enough to contain all his adventures in orchid growing alone.  For example, I believe only Glenn can claim that he transitioned from South American species to Japanese species as the result of a volcanic eruption.  Glenn remained a popular figure in “orchid world” until the end.  Countless people will remember sharing a glass of wine (or two!) and swapping stories with him.  His kindness, compassion, and sense of humor will be sorely missed.

On a personal level, Glenn was my business mentor and my biggest cheerleader.  He became a part of our family, and we spent countless evenings at his house sharing wine, food, and stories.  We watched my boys swim in his pool as he regaled us with tales of his Air Force days and his early adventures in Orchid World.  We spent afternoons eating lunch in the sunroom listening to Vera Lynn, his most favorite singer, and then he would dictate email replies to me in the greenhouse office.  We spent countless hours repotting Neos and dendrobiums side by side and talking about everything under the sun.  Once in a while he would do something hilarious like hand me a stray piece of old moss or a dead root and say, in all seriousness, “A present for you.”  So funny.  The last time I saw him, he said with a grim look, “I’ve been meaning to talk to you about something for a long time.”  I was wondering what terrible thing this could be!  “Why are the Manchester teams called the ‘Flying Dutchmen?’”  Oh my god, the man still made me laugh, even at the end.  Glenn, we love you, and we will miss you. 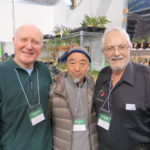 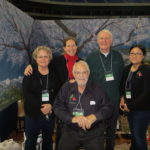 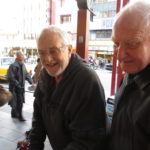 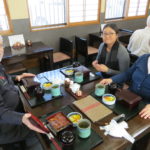 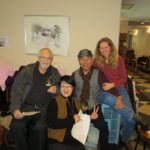 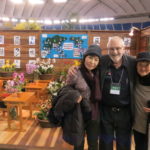